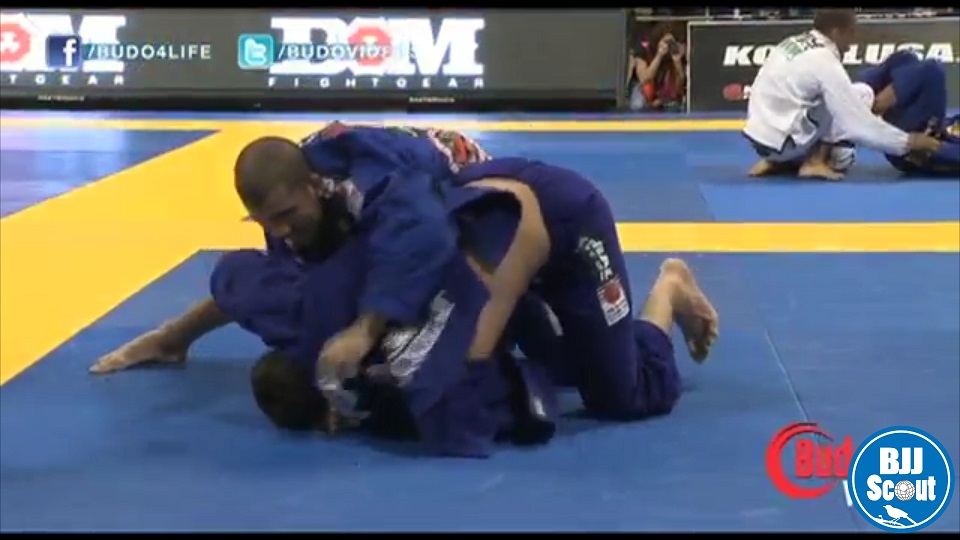 What exactly started all this “Modern BJJ” jazz anyway?

Somewhere along the line, BJJ went from “fundamental” attacker/defender dynamics to two “defenders” playing guard. It’s not easy to trace the genesis of this development but to me, it does seem tied to the “evolution” that largely “neutralized” crossface passing.

Crossfacing was the strongest pass, but inversion tactics changed that

A few years back a relatively innocuous purple belt started catching the BJJ community’s attention with his unusual guard tactics. Basically, turning upside down and “inverting” to face the passer, Ryan Hall shielded his head from crossfacing, and his guard seemed impossible to pass.

Because the inverted guarder’s legs and hands were now able to double team a crossfacer’s head grabbing, locking on the necessary grips for one of the strongest passes was extremely challenging. As the hips were now facing the other way, grabbing the pants or underhooks to stack required “running around” to the other side, by which time the inverter would have re-adjusted. Using his extreme flexibility, Ryan was using inversions to bamboozle opponents over all weight classes.

Inverting obviously had its disadvantages in that you were largely immobile/passive and required the passer’s “cooperation” to keep trying to pressure in, in order to create openings. Naturally leglocks, 50/50 etc started to develop (Ryan Hall again a big contributor here) as these were positions easily “spun” into from inversion.

Naturally as the passer could now no longer easily crossface to start applying pressure he would have to try run around. Thus we started seeing “diversion” style passing develop – leg drags etc. And when people started realizing “selective” inversion could be useful for sweeping from new positions – spider/DLR sweeps started incorporating “inversion” elements. You get the idea.

(as an aside, some of the earliest breakdowns I ever saw were Ryan Hall breaking down his own matches on youtube. As most know, his ability to articulate on BJJ concepts (in his match breakdowns, interviews, DVDs etc) is a gift to the community and has helped pioneer technique/tape study in BJJ. Ryan has been a huge inspiration to the BJJ Scout breakdowns!)

Inversion is a very good technique in sport BJJ obviously is something worth incorporating. It might have been seen as a very negative/passive guard when done in isolation/exclusively but when combined with other tactics can lead to very exciting BJJ. The offensive and defensive possibilities expand tremendously if you can invert and come out from behind the passer. Due to inverting’s popularity now, “crossfacing” has disappeared somewhat  at the lighter weight classes (and replaced with a different type of pressure pass – leg dragging) but it’s still a staple at the heavier weights.

Buchecha is the prototype of future heavyweights?

Marcus Almeida “Buchecha” is a pioneer in his class in that he actively risks the inversion strategy against his peers. Inverting both defensively and offensively, Buchecha’s guard play borrows heavily from the lighter weight styles and features both 50/50 and leglocks heavily. His ability to bail to the inversion when facing strong pressure passing has reaped dividends and in his encounters with Rodolfo, he has used inversions both offensively and defensively in key scrambles, securing several decisive victories. Rodolfo is probably the best passer amongst the heavier weight classes but so far he has been unable to cope the inverting which he typically doesn’t encounter. Buchecha’s innovative guard play will probably be studied, leading to the use of different passing tactics by his opponents in the future, as well as being adopted into the future games of heavyweights.

How do you see the future of BJJ evolving for the heavier weight classes? Let me know!

Check out the video to see Buchecha use inversions defensively and offensively vs Rodolfo’s pressure passing. Enjoy.